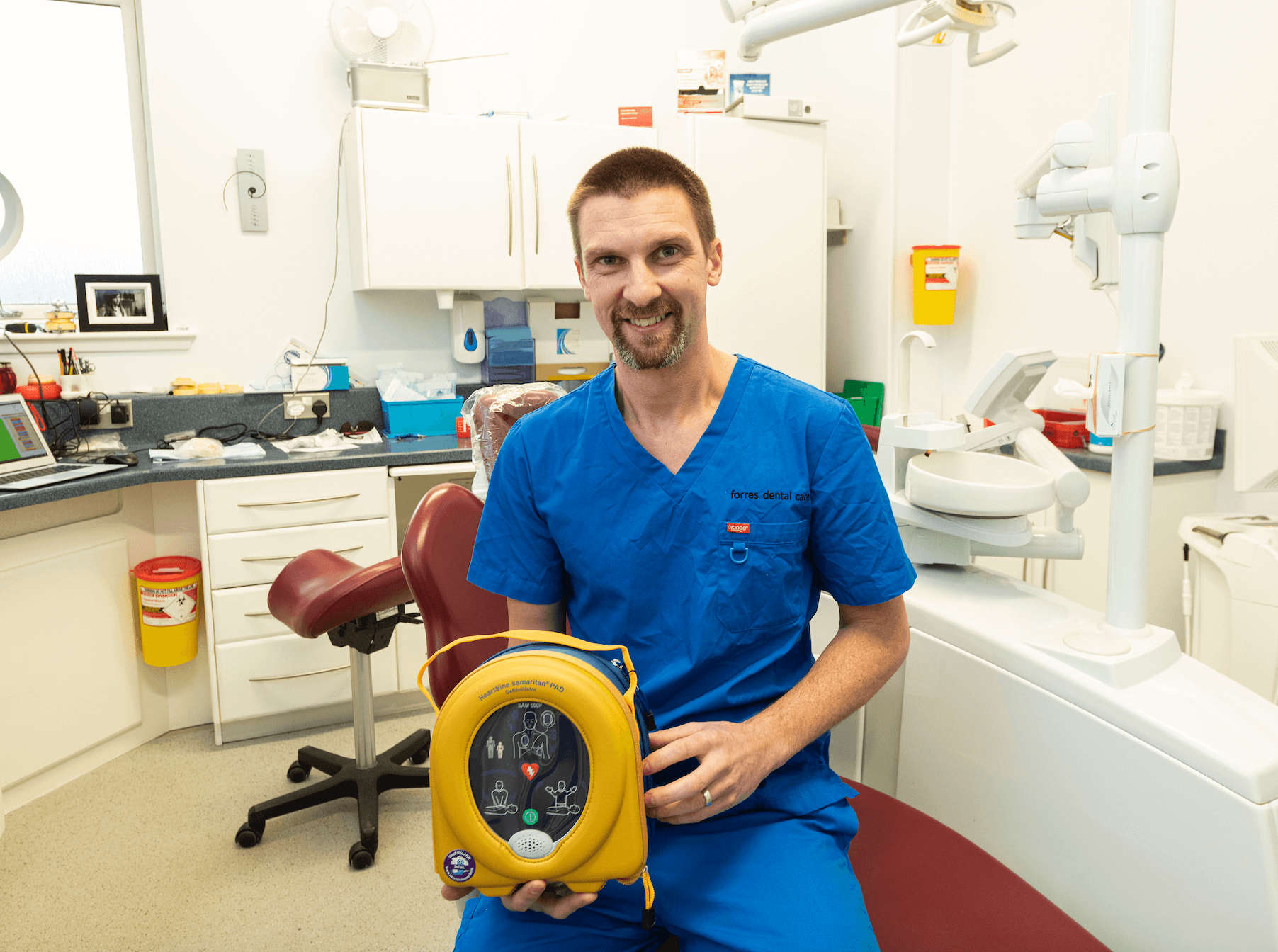 A new life-saving defibrillator for Moray will be available to the public for at least five years after a local fundraising organisation received money to install the equipment and train operators.

The machine will be installed for community use at the Logie Steading visitor centre, at Dunphail, near Forres, by Defibs for Moray.

The defibrillator organisation was set up by dentist Ken Glass who was brought back to life after his heart stopped beating for 20 minutes when he suffered a cardiac arrest in 2017.

Mr Glass was on his way to hospital in Elgin after suffering a concussion while playing football in Findhorn when his heart stopped. Ambulance staff reached him within seven minutes and revived him with the help of a defibrillator.

Mr Glass was back to work within six weeks and subsequently began raising money for public defibrillators across Moray. A few months later, the first device was installed at Forres swimming pool and more than 20 are now in public places in the area.

Together with the charity, Keiran’s Legacy, Defibs for Moray also provide the equipment in every high school in Moray. In addition, Mr Glass delivers presentations to villages on funding available to buy their own devices.

Defibs for Moray secured funding for a defibrillator from wind farm operator Statkraft in response to the devastating wildfires that swept across moorland south of Forres, and through the company’s Berry Burn Wind Farm, last year.

Statkraft wanted to contribute to the emergency response provision in the area as a way of thanking professionals and volunteers for their work and bravery in fighting the outbreaks.

After discussions with contacts in the local community, it was decided a new defibrillator would be a welcome and appropriate donation. Statkraft has provided £2,750 to fund installing the equipment and maintenance for five years, as well as provide training to staff.

Mr Glass said: “This donation from Statkraft is extremely generous and very welcome. It will allow us to install a new defibrillator and keep it in place for at least five years.

“Crucially, it will also allow us to train people in its use. One of the most important parts of installing a defibrillator is raising public awareness on how to use them. We want to take away the fear factor about using defibrillators and encourage more people to take CPR (cardiopulmonary resuscitation) classes and help save lives.

“Without the availability of a defibrillator and quality CPR I would have died.”

Dennis Geyermann, vice president of UK Operations at Statkraft, said: “The wild fires were devastating for parts of Moray, including the Berry Burn Wind Farm, but they highlighted the bravery of our emergency services and local volunteers who worked so tirelessly in response.

“We wanted to thank those involved, but also do something positive in return. After much discussion, it was felt that providing a defibrillator was an appropriate addition to the emergency infrastructure. It will undoubtedly be a valuable community asset that could save lives.”

The Berry Burn Wind Farm has been operational since 2014 and shut down temporarily during the fires, but site surveys showed no damage to the wind turbines. Statkraft is currently proposing a modest extension of nine turbines to the east of the wind farm.