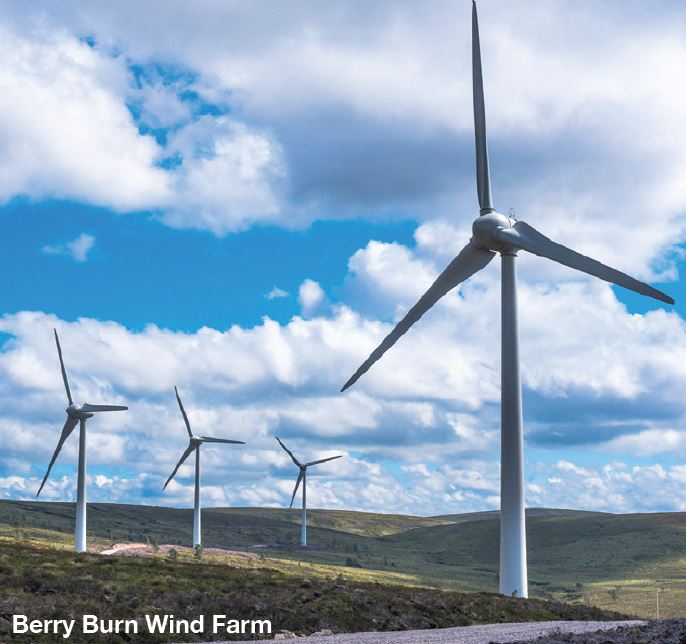 Proposals for an extension to an existing wind farm south of Forres are set to be presented to local residents.

Airvolution Clean Energy Limited, in partnership with Statkraft, majority owners of the Berry Burn Wind Farm, are investigating the potential to add ten wind turbines to the east of the existing wind farm. The company is inviting local residents to find out more about the project and the benefits it could bring at a series of public exhibtions being held between 21 - 23 March 2019 at local venues.

The company estimates that the site is suitable for a maximum of ten new wind turbines, up to 150 metres in height to blade tip. In addition to generating a significant amount of clean, renewable electricity, the wind turbines would also enhance the benefits the existing wind farm brings to the local community. Airvolution and Statkraft have committed to a community benefit fund of £5,000 per MW installed on this project. Based on ten 3.5MW turbines, this would amount to £175,000 per year for local causes such as investment in young people, community groups, connectivity and local infrastructure. This equates to over £4.3 million over the 25 year lifetime of the project.

"We are very keen to meet the local community and hear their views on the project, and how we can maximise the benefits for the community as well as for our environment." said Alison Hood, Head of Communications at Airvolution.

Mícheál Ó Broín, Senior Project Manager at Airvolution said "Turbine technology has progressed leaps and bounds since the first turbines were installed in 2014. We estimate adding only around a third more turbines to the scheme would increase the output by more than half - not to mention a doubling of the existing community fund".

The exhibitions take place in Edinkillie, Rafford, Knockando and Forres between 21-23 March. See the project leaflet for more information.