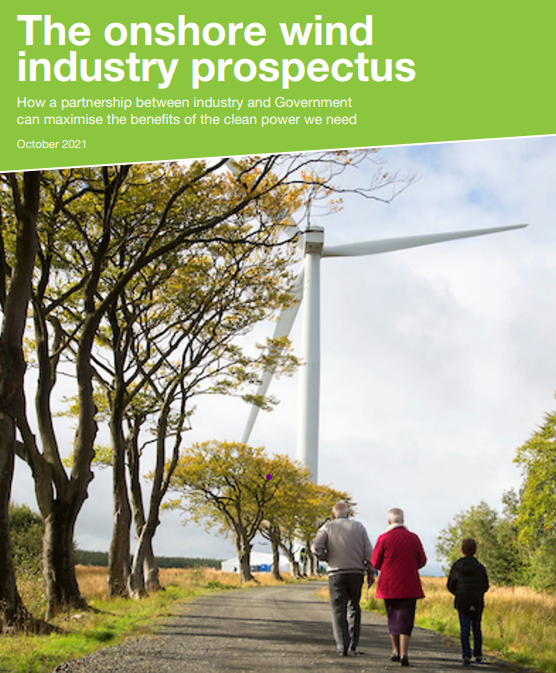 A report has been published on how to maximise the economic benefits of clean power for consumers while ensuring that the UK reaches net zero emissions at the lowest cost.

RenewableUK has published their Onshore Wind Industry Prospectus which shows that in order to meet the challenge of net-zero more is required across the UK. It is positive that renewable energy production has overtaken fossil fuels as the biggest source of UK power generation, with a quarter of that electricity coming from onshore wind. Renewables have delivered thousands of jobs across the UK, not least in Scotland, where it remains the nation’s biggest employer in low carbon power generation.

The RenewableUK prospectus sets out an ambition for 30GW of onshore wind by 2030. To put this into context, the UK currently produces 8.4GW using onshore wind turbines, powering over 4.2 million homes. An increase of 12GW will require a change to the National Planning Framework and working closely across sectors and communities. It will ultimately bring the following benefits:

Onshore wind is already the largest clean energy employed in Scotland, supporting 8,800 jobs and contributing £2.2bn each year. However, having established itself as a world leader in onshore wind production, Scotland is expected to create a further 17,000 jobs and £27.8bn Gross Value Added (GVA) through renewable energy projects.

You can read the prospectus here or on the RenewableUK website.